The much of the information and the images below are from Recording Hacks web site.  Recording Hacks has reviews on many of the microphones we have at CHS. I have included images for the frequency response for each microphone below. Please read more at there web site.

With and Without Pro Microphones

Cardioid  (from the Greek καρδία “heart”)

Shotgun (used in primarily in film)

“A common problem when recording vocalists, particularly if they are more familiar with live performance than studio work, is of that they can get much too close to the microphone, causing popping, sibilance, excessive bass boost, and creating humidity problems. Very large foam windshields might help, but a separate pop shield (the nylon stocking on a wire frame idea) mounted four or five inches in front of the mic is better. An alternative technique is to rig a microphone for the vocalist to ‘eat’ with a second mic positioned something like eight inches further back and six inches higher. Normally you would record only the sound of the distant (normally a decent capacitor mic), but if you rig a conventional live-performance dynamic model as the close mic and mix in some of that mic’s signal, you can achieve a more interesting and slightly aggressive sound!”

– from 20 Tips On Using Microphones at SoundonSound.com

Below is a comparison with a Studio Projects C1 priced at $300 and a Neumann U87 Ai legendary microphone that is priced at over $3,000. 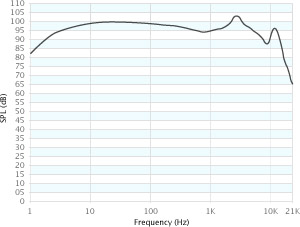 Resources for the Microphone Audition

This work is licensed under a Creative Commons Attribution-NonCommercial 4.0 International License.